We are the peak body representing specialist conveyancers in Australia. The Institute has set goals for the advancement of the profession of conveyancing across the nation and is committed to best practice.
History

25+ Years as the Peak Body supporting the Conveyancing Profession Nationally

What is the Australian Institute of Conveyancers?

Conveyancers specialise in property and have specific training and skills in all areas relating to the sale and purchase of real estate and related transactions. Conveyancers are currently licensed or registered in New South Wales , Northern Territory, South Australia, Tasmania, Victoria and Western Australia. At present we are working towards the licensing of specialist conveyancers in Queensland. National Council has developed a dynamic three year strategic plan. This plan encompasses various legislative issues including mutual recognition of conveyancers between the jurisdictions, a framework for national licensing of conveyancers, and compliance with National Competition policy. Consumers, in all states and territories, deserve to have a choice in the delivery of conveyancing services and be able to reap the benefits of specialist conveyancers. We are committed to ensure that there are nationally consistent legislative frameworks for conveyancers and the appropriate consumer protection in place in all States and Territories.


History of the Australian Institute of Conveyancers

State organisations representing specialist conveyancers have been in place in several states for a number of years, the oldest being South Australia since 1923.

Their formation was driven by the need to represent the conveyancers licensed or registered within that state. State and territory governments are currently responsible for the licensing of conveyancers, and the licensing requirements vary between the jurisdictions. In more recent times, there has been a rise in issues affecting all conveyancers. Rather than working alone, it became important that conveyancers had a united voice to deal effectively with these national issues. In December 1992, the Australian Institute of Conveyancers was registered as an Incorporated Association. The state organisations became Divisions of the Institute and constitute its Members. Conveyancers and other associated industry participants are members of their State Division. Since then, the Institute has actively advocated on national issues on behalf of specialist Conveyancers. The work load for the Division members taking on the National Council and Secretariat duties has risen steadily as national issues evolved and expanded. This situation led the Australian Council to appoint a fulltime National Secretary in January 2010 to assist the Institute and its members take on the challenges confronting specialist conveyancers in a rapidly changing environment.

Aims of the AIC

The Constitution specifies the objects of the Institute. These are summarised in the Vision and Mission adopted by the Institute as follows:

The Institute developed a three year Strategic Plan which is reviewed and revised at least annually. The Institute has developed a set of Policies on a range of issues affecting conveyancers nationally. These are also reviewed and adjusted regularly. To ensure best practice, ethical standards and appropriate service standards for the conveyancing profession, the Institute obliges members to adhere to a Code of Conduct.

The Members of the Australian Institute of Conveyancers are the State Divisions of New South Wales, Northern Territory, South Australia, Tasmania, Victoria, and Western Australia.

AIC Membership for individual conveyancers and those associated with conveyancing is through their State Division. Currently, State and Territory governments are responsible for licensing of conveyancers, and the licensing requirements vary between the jurisdictions. Member conveyancers can be found through lists on Division websites.

Conveyancing licences started in 1993 when the Agents Licensing Act was amended to include specialist conveyancers. A new Act has now been enacted dealing specifically with conveyancers. The Jeff Hockley (a conveyancer licensed in SA at the time) opened Hockley Wu Conveyancing Servces. Other early starters were Bill Palmer and Nick Thomas. The Northern Territory Division of the Australian Institute of Conveyancers was started by Jeff Hockley almost immediately afterlicences became avaialble in 1993, with membership steadily expanding as licence numbers grew.

The Real Property Act was intorduced in the SA Parliament in 1857 by Sir Robert Torrens, SA’s third Premier. This world first legislation established a new government-guaranteed system of land ownership enabling the transfer of land using one document recorded at a single registry. The Torrens model is now used throughout Australia and has been adopted in New Zealand, England, Canada and the USA. The legislation was refined in 1860 when specilaist conveyancers (then called land brokers) were authorised to handle the transfer of land. The majority of conveyancing work in South Australia is now undertaken by specialist conveyancers who are registered under the Conveyancers Act 1994. There have been Associations representing specialist conveyancers in SA since 1923 when the Licensed Landbrokers and Auctioneers Association of South Australia was formed. The Landbrokers Society of SA Inc was formed in 1973 and subsequently became the South Australian Division of the Australian Institute of Conveyancers .

The Conveyancing Act was passed by the Tasmanian Government in 2004. The first exams were held statewide in 2006 which resulted in 3 licences being issued. Since the second exam was held we now have 10 Licensed Conveyancers. Two are from the North, two are in the North West and six are in the South of the state. Two are former legal practitioners who have relinquished their Legal Practising Certificates. The Tasmanian Division  the Australian Institute of Conveyancers was established following the AGM of the AIC in 2008.

In Victoria, independent conveyancers began practising in the early 1980, offering Victorian consumers the freedom of choice for conveyancing services that had existed in some Australian States for many years. The Victorian Conveyancers’ Association (VCA) was formed in 1989 and incorporated in 1991 with a Charter to promote and monitor high standards of professional service and ethics among independent non-lawyer conveyancers. It became the Victorian Division of the Australian Insitute of Conveyancers in 1997.

Property settlements were traditionally conducted by law firms, real estate agents and banks, meeting at the Land Titles Office, who checked all documents before registration. The first settlement agency started in 1967, with numbers growing to 30 by 1972. After much concern that no legislation governed settlement agents, and following much dispute with the legal fraternity and political lobbying, the Settlement Agents Act 1981 was proclaimed. The Settlement Agents Association was incorporated in Western Australia in 1978, and was recognised in 1995 as the WA Division of the Australian Institute of Conveyancers.

State and Territory Divisions provide a wide variety of services and resources to their members. Depending on the Division, these may include – 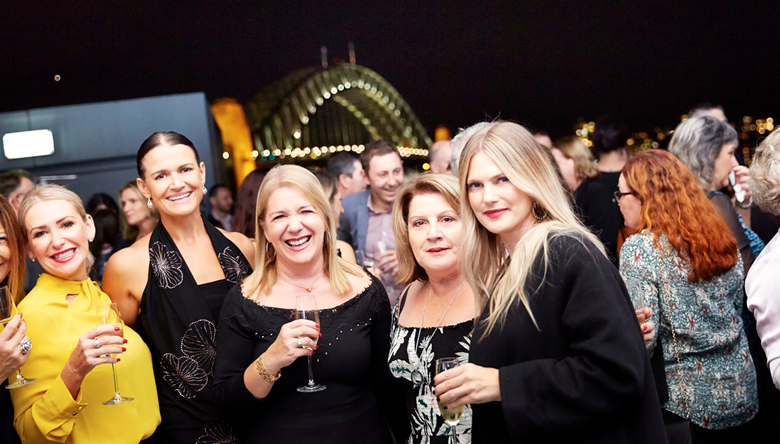 The Council monitors the issues and environment impacting on conveyancers Australia-wide and develops strategic initiatives and responses to advance the AIC Vision of a national profession of conveyancers.

The AIC Australian Council consists of the President (elected annually at the AGM) and two representatives nominated by each Division. A Division may also nominate an alternate representative who attends if an appointed representative cannot attend.

What is a CPC?

The title of Certified Practising Conveyancer (CPC) is awarded to conveyancers who annually meet the standards set by each Division to maintain best practice through constant professional development.

Below are some very general answers relating to Conveyancing and Conveyancers.

The website of each Division websites has information relating to the process of conveyancing in their state. Contact the Division in your State or Territory for detailed answers on the questions below, and other issues determined by legislation for that State or Territory.

In law, conveyancing is the transfer of legal title of property from one person to another or the granting of an encumbrance such as a mortgage or lien. A typical conveyancing transaction contains two major landmarks: the exchange of contracts (whereby equitable title passes) and completion (whereby legal title passes).

Conveyancing in Australia is usually completed by a licensed conveyancer or a solicitor.

Why use a Member of the Australian Institute of Conveyancers?

Members of the Australian Institute of Conveyancers are supported by their Divisions in continuing specialised training and keeping up to date with the latest developments in legislation, practices, products and services to enable them to deliver the most informed and efficient service available.

How do I get a licence to practice as a conveyancer?

Licence requirements vary a little across Australia. All have similar educational qualifications and require Professional Indemnity Insurance. Some require a period under the supervision of a licensed conveyancer. Consult the website of the Division you are interested in and the websites of the licensing authority in that State or Territory.

How do I find a conveyancer?

Go to the website of the Division in which you need a conveyancer to do work for you. Each Division carries lists of its members licensed to practise in that State or Territory.

The award of the title of Fellow of the Australian Institute of Conveyancers is a recognition of outstanding service to the profession coupled with high levels of ability and professionalism. The first fellowships were presented at the national conference held in West Australia on 7 May 1998.

The following Bylaw was approved in 2003 –

* ‘Associate’ refers to an Ordinary, or Full-Member, the name of which may vary from State to State. To apply as a fellow of the Australian Institute of Conveyancers, click here to complete our application form. 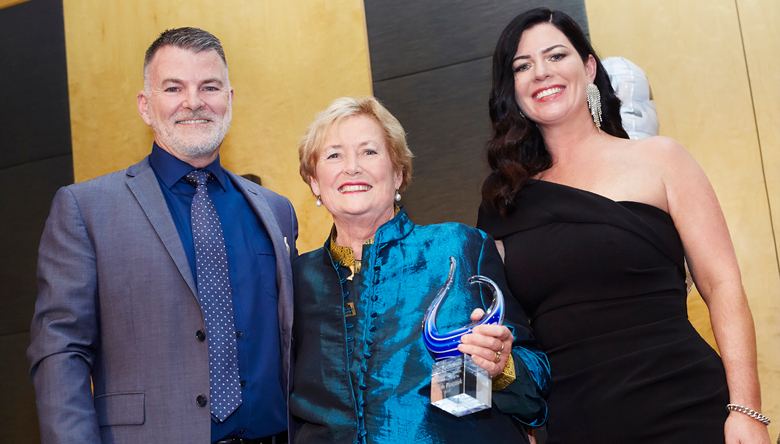 The National Executive will be preparing feedback on the following papers:

Proposed Electronic Conveyancing National Law Proposed Model Operating Requirements Proposed Model Participation Rules The submission is due on May 12, 2012 To download the papers you can visit http://www.arnecc.gov.au/resources/stakeholder_briefing_march_2012


e-Conveyancing minimises the manual processes and paperwork associated with property settlement by enabling lawyers, conveyancers and financial institutions to transact together online.

It enables you to lodge documents and complete financial settlements electronically. e-Conveyancing also reduces the risk of errors and delays, giving you and your clients greater certainty of successful, on-time settlement.

e-Conveyancing is an initiative championed by the property industry to simplify and digitise the complex process of property exchange. Instigated by the Council of Australian Governments (COAG), it’s built around an online network of members supported by PEXA. To ensure the integrity of the network, the Australian Registrars’ National Electronic Conveyancing Council (ARNECC) has developed a regulatory framework, under which PEXA operates. Industry safeguards include the Participation Agreement, Verification of Identity and Digital Certificates. e-Conveyancing is currently live in five states and is a collaboration between many industry participants, including financial institutions, Land Registries and the Reserve Bank of Australia (RBA). PEXA is committed to supporting the property industry as it transitions towards a 100% digital future. Register for PEXA

The COAG decision to not pursue national licensing is not only disappointing but a blow to industry and the economy.

Thank You To Our Partners